One of my current guilty pleasures is sneaking in a few robot battles on War Robots, a mobile, multiplayer game that pits teams of robots against each other. Like many other mobile games, the game is free to download and play with the option to purchase or speed up upgrades. Matches typically last a few minutes and it's a great way to pass some time on the train.

One aspect of the game I like is the level of customization. There are currently 24 robots and 25 weapons. Each robot has different characteristics and abilities (speed, armor, jumping, number of weapon mounts, built-in shields, sprinting, stealth, etc), and similar for weapons (damage, rate of fire, distance, splash-damage vs point, etc). Both robots and weapons can be upgraded to enhance some of these traits. The level of customization means battles vary in style - some are more close-range with large robots duking it out, others are more tactical long-range affairs.

With all the options I started dreaming up other potential customizations. More customizations would lead to even more dynamic battles, and cause players to adopt new strategies depending on the battle.

As a software developer I know adding these are easier said than done, an many of these ideas are probably already on a vision board in the Pixionic office. Always fun to dream up new product evolutions though.

Also, if you're in need of a new squad member send me an invite. 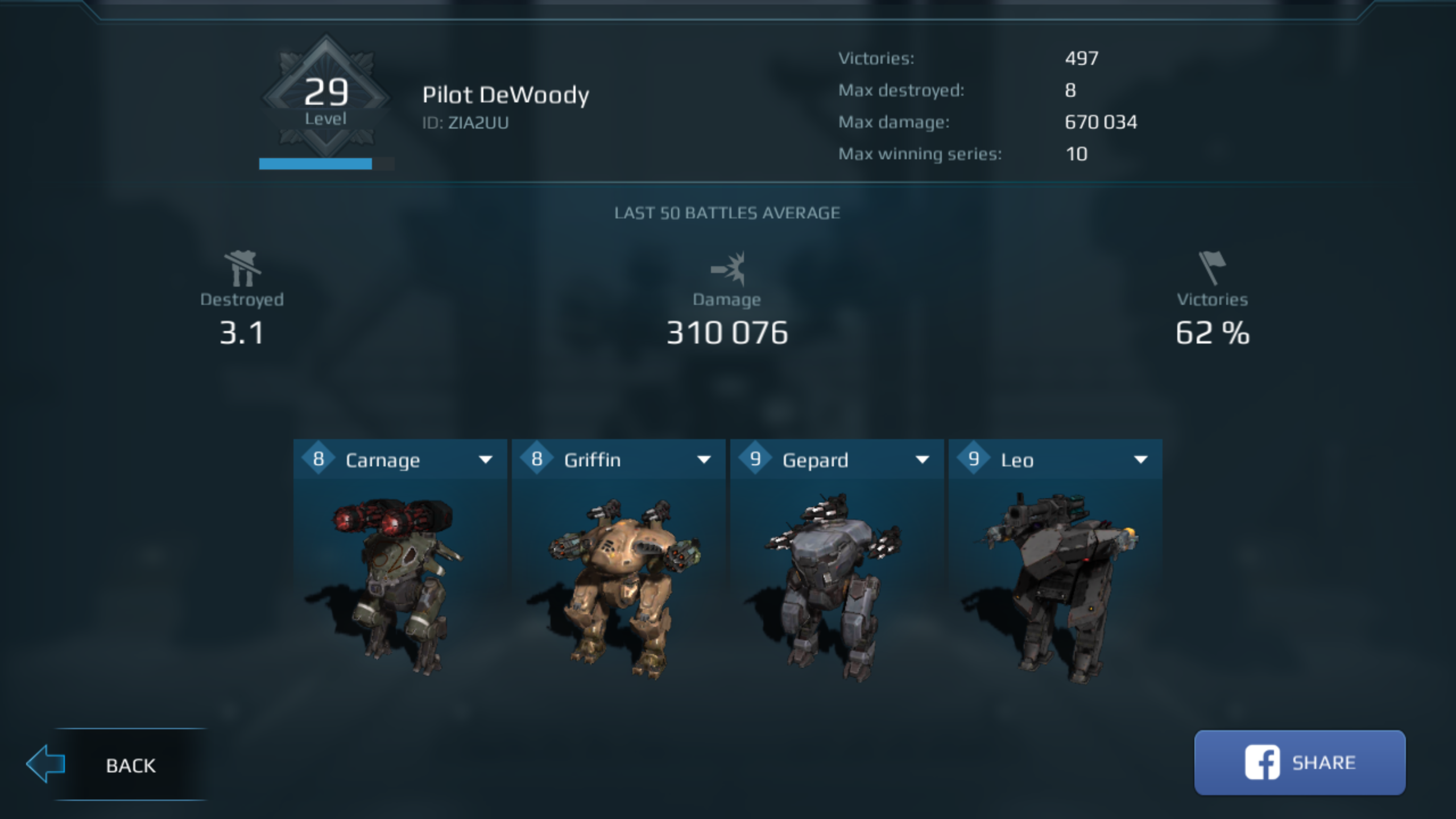