This past week I had the chance to tour the soon-to-open RocketSpace campus in London. The Islington location builds on the success of their San Francisco campus and will be followed by new campuses in Australia and others in Europe.

RocketSpace's campuses are more than just coworking offices (though the London campus does have hot-desks available), the building is designed for small, growing start-ups. Our tour guide explained they typically look for start-ups who have received at least one round of post-F&F funding.

The London campus is part of the Royal Bank of Scotland building and built in a figure-eight shape - two connected circular buildings with courtyards in the middle. This floorplan maximizes the number of offices with windows and is a feature RocketSpace looks for when opening new campuses. We toured the top floor, overlooking the Angel Underground Station, and with great views of the surrounding city. The floor was split into offices of varying sizes, accommodating anywhere from 3 people up to ~30 people, with the ability to connect adjoining offices as a team grows. Based on RocketSpace's research the average meeting is 1.1 people, so most offices feature small talking booths (for phone calls) and/or breakout rooms for small teams to meet.

One of the coolest features of the offices were the desks themselves. Our guide said the desks were custom-built for RocketSpace to maximize space. Each unit is a back-to-back electronically-controlled standing desk, with wood table-top, individual power/USB outlet and locking cabinet. 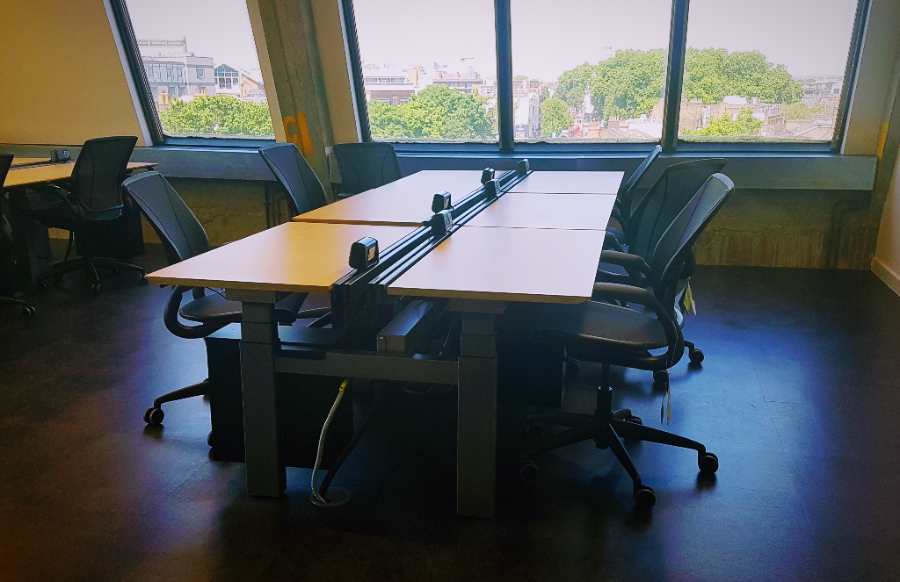 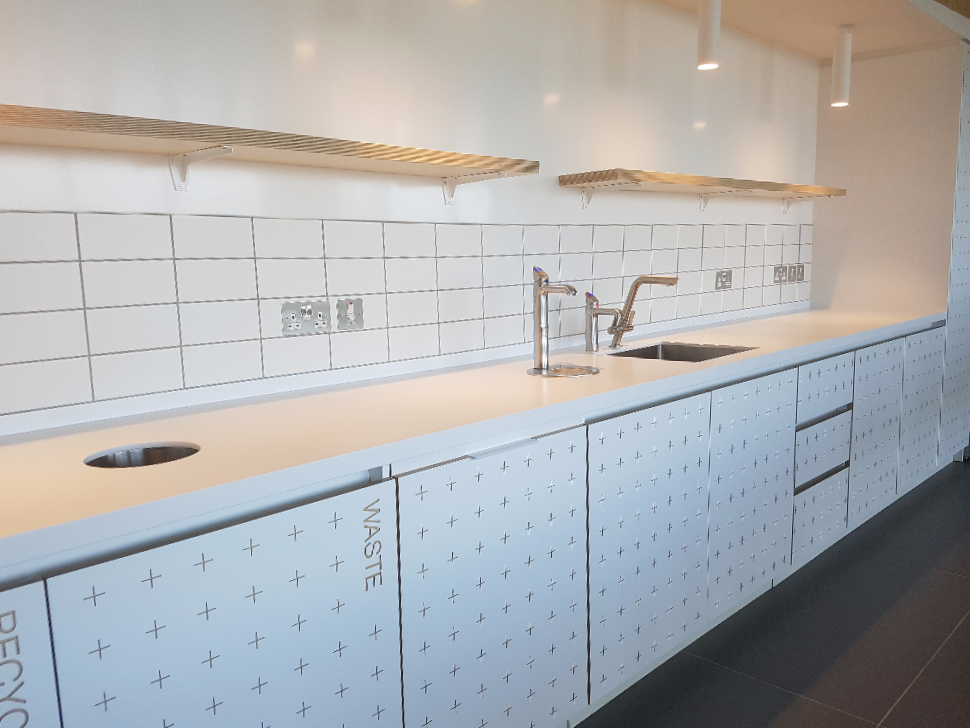 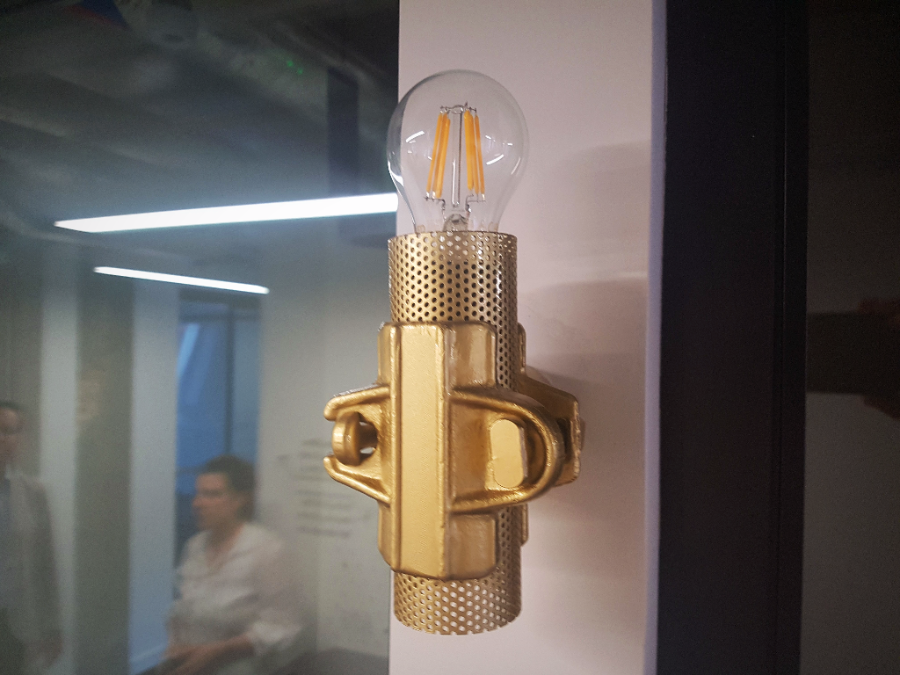 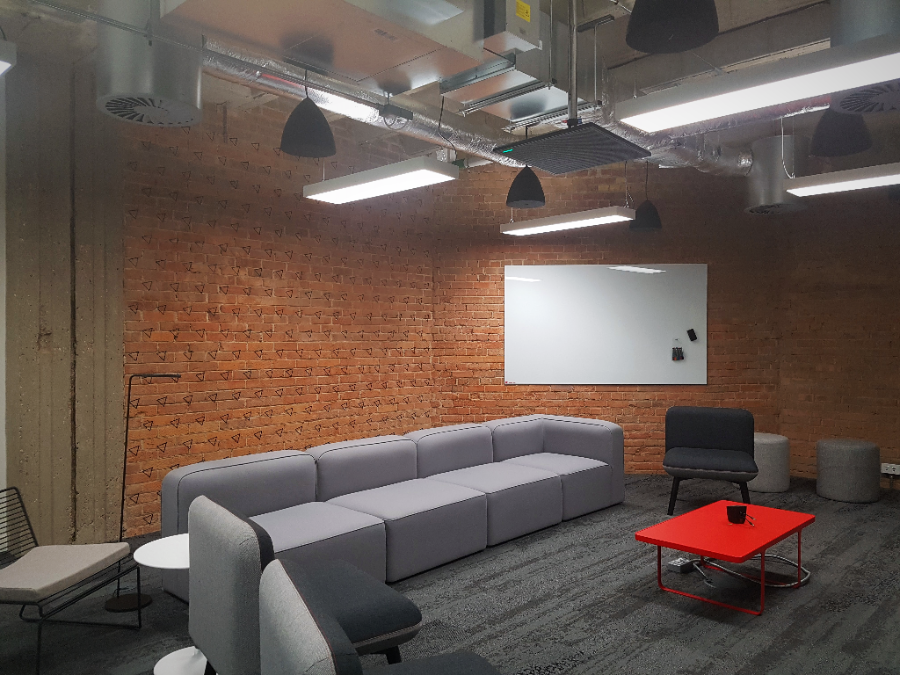 Several floors are still under construction but when finished the campus will support ~1,500 people.

One of the more unique features of the space was the basement. As mentioned, some of the basement is designated for hot-desks - individual residents renting space by the day/week/month. There's also a room with hammocks, recliners and artificial LED stars in the ceiling for grabbing a power nap. But the kicker is the lounge housed in the former bank vault, entered through one of two massive, steel doors. Just outside are the former money counting machines, now a centerpiece of the decor. 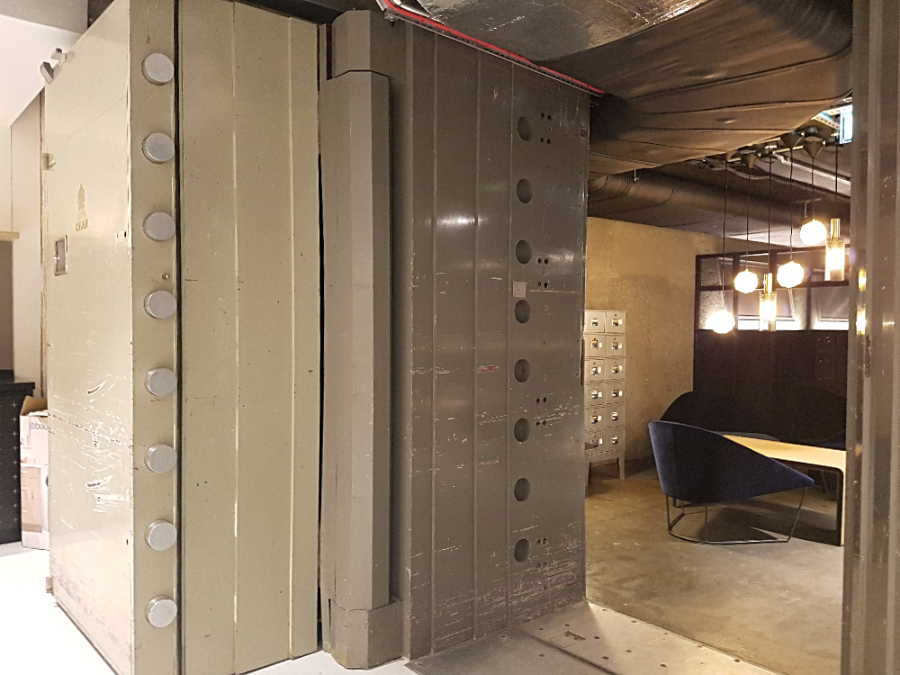 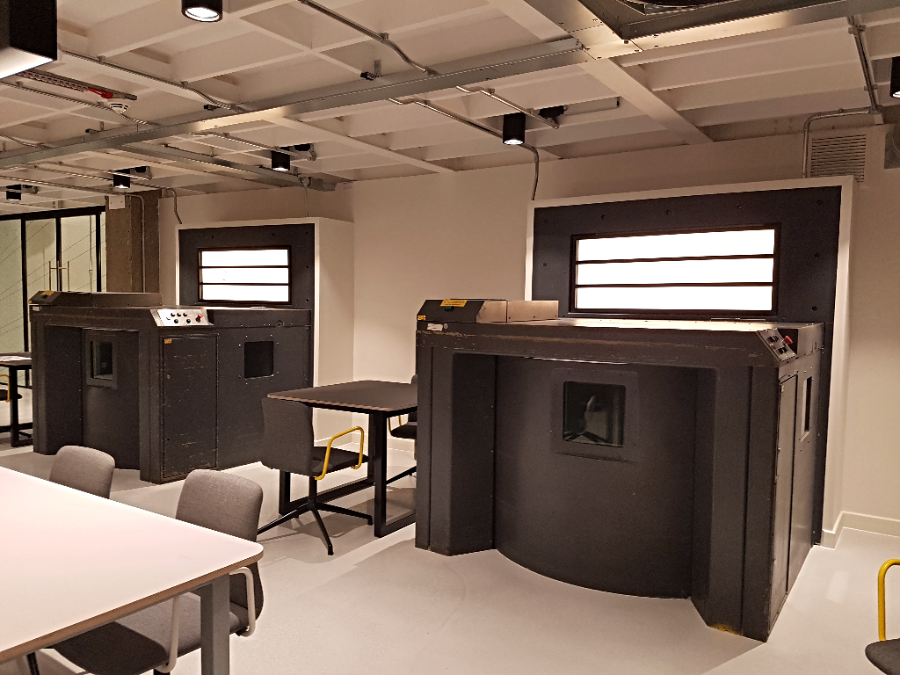 There were also several rooms we weren't allowed to photograph due to ongoing construction. The main attraction being the large event room with stadium seating for several dozen people, focused on a 8k display. The adjoining bar, glass-walled overflow rooms, and outdoor area mean the area can be transformed for a variety of uses.

If you're a start-up and projecting to grow in size definitely put RocketSpace on your shortlist and take a tour.